Which Councillors Vote For More Homes? 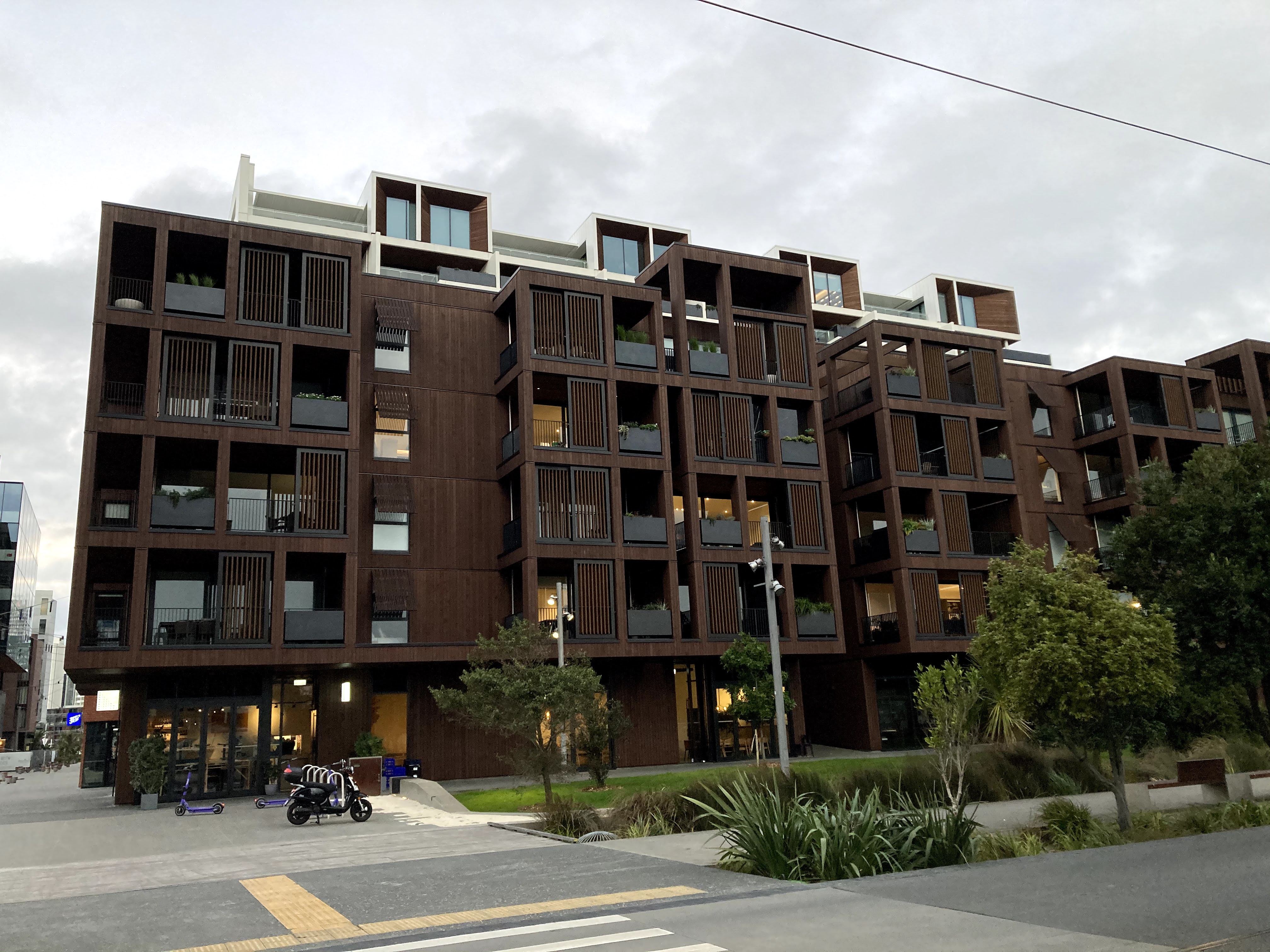 Voting is now open for Auckland’s local government elections. This is your chance to influence who sits around the Council table, representing you & your community for the next 3 years.

Councillors vote on things that will impact the lives of current and future Aucklanders. In particular, their decisions guide how well we respond to the housing crisis and climate crisis.

We need Councillors who can make decisions to enable greater housing choice - more homes in the right places and density done well. These decisions are needed to improve housing quality, affordability, and access to transport and amenities, creating more convenient and liveable neighbourhoods.

When you vote, you’ll want to consider:

Is your local Councillor a NIMBY, or a YIMBY? Or somewhere in between? Is it time to vote for someone different?

This only provides insights on existing Councillors and only their voting record with housing. We encourage you to use this information alongside other resources. All candidates running for Councillor are listed on the Auckland Council website and you can read more about their policy platforms here.

We scored the voting record of current Councillors - here’s how:

concerning housing supply in Auckland since Council has had to respond to the NPS-UD and MDRS. We gave Councillors a score depending on how they voted:

The scores for each Councillor are included below.

All the best with voting!

Other resources to help you understand the policy platforms of Mayoral, Councillor and Local Board candidates are The Spinoff, Generation Zero and Renters United (candidates opt in).

If you are enrolled to vote, you should have received your voting papers. Voting is open from 16 September to 12pm 8 October 2022. You can post your ballot by October 4th, or take it to a ballot drop off location.

A defender of housing and the people Auckland’s housing situation has failed, Councillor Henderson has consistently voted for changes that would increase housing, voting against changes that would decrease it, and even abstained on a clause by clause level when a motion and resolution did a bit of both (as they often do).

Councillor Henderson has rightly pointed to the intensification that west Auckland is facing as his region ‘doing its bit’ to address the shortage of housing, while the most central suburbs avoid any real contribution. He also uses personal experience as a reference for the benefits of density and why we need to improve design outcomes.

Councillor Bartley is part of a wide group that generally votes to enable housing supply, but could do better by dissenting against specific clauses, in order to enable more homes and better design outcomes.

Councillor Bartley’s work with community groups in her ward connects her with those facing the worst of the housing crisis. This drives her efforts at the Council table to enable more homes.

Councillor Cooper voted identically to Councillor Bartley, so earns the same score and MIMBY badge. Again, could do better by dissenting against specific clauses to enable more homes and better design outcomes.

Like Councillor Henderson, Councillor Cooper represents Waitākere, one of the wards facing the most housing and at times has also suggested central suburbs should do their bit. However, too often Cooper takes aim at the government’s policy direction, rather than acknowledging the Auckland Unitary Plan is inequitable and does not go far enough.

Proving there’s more cohesion in the Council than you think (but also room for improvement when it comes to housing) Councillor Dalton is the third person to have the same score, and voting pattern, on this list.

Councillor Dalton has come a long way on housing intensification during this Council term and now is one of the more positive voices in debates related to housing.

You guessed it — Councillor Filipaina earns his score of 3 by voting the same way as the other 3 scoring Councillors so far. There’s some different scores to break up the monotony soon, we promise.

Councillor Filipaina appears to be conscious of the housing crisis and requirement for more homes but has never taken any steps in Council meetings towards fighting for more.

Councillor Young’s the first glasses wearer on this list, but the 5th, and final, Councillor with an identical voting score and pattern.

Councillor Young seems to understand that density is critical for the future of the city and meeting housing and climate goals. However, he’s rarely taken any strong stance in Council meetings on enabling more homes or speaking to improve design.

Councillor Hills has the same score as those before him, but a slightly different voting pattern.

On June 30th he dissented against clause P of Resolution number PLA/2022/86, proving he’s prepared to vote against the parts of resolutions that are problematic for housing supply, but in the same meeting he abstained from voting on an amendment to motion 14, which would’ve seen an unknown amount of houses, in unknown locations, added to special character areas. We encourage Councillor Hills to continue dissenting against specific amendments as required, but to be more transparent on special character areas.

Running for Waitematā and Gulf Ward

In general, Councillor Coom has voted to restrict housing supply as much as she does to increase it. She also has the dubious honour of seconding one of the most questionable amendments we’ve seen during a June 30th planning meeting. The motion would’ve added an unknown amount of houses, in unknown locations, to special character areas, potentially devastating our housing capacity.

We applaud Councillor Coom for attempting to declare a conflict of interest on August 4th, noting she was a homeowner and these changes would have a direct affect on her property, likely increasing her property’s value, but wish her voting record reflected that same level of consideration.

Councillor Darby has the same score and voting record as Councillor Coom, putting his vote behind the dubious motion she seconded. As Chair of the Planning Committee, Darby has failed to shift the conversation or Council resources into enabling better design outcomes through improved standards or increasing mixed use development. Instead under his leadership, Auckland Council has sought a do-minimum approach to the NPS-UD and MDRS, failing to consider housing capacity, housing choice or climate impacts.

Another occasional housing supply supporter, Councillor Newman voted identically to the two people before him on his list.

Councillor Newman has argued against density in many meetings but has largely voted in favour of the do minimum approach in order to maintain Council control of the plan change.

Councillor Collins has the most frustrating score on this list, being absent from 2 of the 4 meetings we scored against. Some of Collins’ absences could be explained by his campaigning for Mayor, and we admit his housing policy is promising — if he does become Mayor, we hope to see him spending more time voting to enable housing supply in key locations, while improving design and mixed use opportunities.

Councillor Mulholland ‘earns’ our first NIMBY badge. More often than not she voted to restrict housing supply and against enabling it, even going so far as to vote for some resolutions, but dissenting against specific clauses that would’ve helped Auckland’s housing supply.

Councillor Mulholland represents a ward that does have significant intensification enabled but has failed to act to support changes in the plan which would improve design outcomes or opportunities for mixed use development.

The second -1 on this list (and it only gets worse from here), we at least commend councillor Sayers for abstaining less often than many of the other NIMBY Councillors on this list.

Councillor Simpson frequently abstains from votes, sometimes against specific clauses that would enable housing supply. When she does vote, it’s generally for housing restrictions and against housing supply — earning her our first score of -3.

Councillor Watson is the first -4 on this list, earning that score by voting for housing supply on only the rarest occasions.

Councillor Watson has spent significant periods of the Council meetings fighting for special character protections alongside his fellow ward councillor Wayne Walker. Notably this is entirely for areas outside of their ward, while failing to dedicate much time to improving density outcomes within their ward. This raises questions of whose interests they are fighting for.

Councillor Walker votes for housing supply as rarely as the earlier NIMBY Councillors, but abstains even less, and in the wrong direction .

Alongside his efforts on special character to block more homes being enabled, Councillor Walker maintains the false claim that the Auckland Unitary Plan enables enough homes and pushes false information on the impacts of these housing changes for emissions.

Councillor Stewart abstains often, votes against housing supply frequently, and almost never for it. That earns her one of the lowest scores on this list.

Councillor Fletcher votes against housing supply and for housing restrictions as frequently as the other NIMBY councillors on this list. Her ‘for’ vote on PLA/2021/123 could have earned her a slightly better score, but during that same debate, she called changes to the Resource Management Act that would enable housing supply and improve the lives of hundreds of thousands of Aucklanders ‘Gang Rape’. While we said our voting audit would stick to votes, we think that comment goes so far beyond what’s acceptable, we had to make an exception.

We do note that Councillor Fletcher attempted to declare the same conflict of interest as Councillor Coom during the August 4th Planning Committee meeting, and hope that’s a sign that should she become Councillor again, future votes will be more respectful to those who’ve been negatively affected by Auckland’s housing situation.